Crusaders and settlers in the Latin East

The studies here reflect Jonathan Riley-Smith's work as a historian, which began with research on the history of the military orders, the specific focus of the third section here. Out of this grew the concerns covered in the previous sections: an interest in the political and constitutional history of the kingdom of Jerusalem and the relations of the western settlers with the indigenous population of Palestine and Syria; the theory of crusading, involving research on theology and canon law, and the rôle of the popes as preachers, and at the same time detailed consideration of the responses of lay men and women to the ideas that were being presented to them. The two final papers explore some of the implications of crusading ideology and mythology in the modern world. Contents: Preface; Present and past. Part 1 Crusading: Casualties and the number of knights on the 1st Crusade; Early crusaders to the East and the costs of crusading, 1095#1130; Family traditions and participation in the 2nd Crusade; Toward an understanding of the 4th Crusade as an institution; Crusading as an act of love; Christian violence and the crusades; The politics of war: France and the Holy Land. Part 2 The Latin East: Families, crusades and settlement in the Latin East, 1102#1131; Some lesser officials in Latin Syria; Government in Latin Syria and the commercial privileges of foreign merchants; King Fulk of Jerusalem and 'the Sultan of Babylon'; Government and the indigenous in the Latin kingdom of Jerusalem; The crown of France and Acre, 1254#1291. Part 3 The Military Orders in the Central Middle Ages: The origins of the commandery in the Temple and the Hospital; Guy of Lusignan, the Hospitallers and the gates of Acre; Further thoughts on the layout of the Hospital in Acre; Were the Templars guilty?; The structures of the Orders of the Temple and the Hospital in c. 1291. Part 4 The Shadow of Crusading: The Order of St John, 1827#1858; Islam and the crusades in history and imagination, 8 Novem 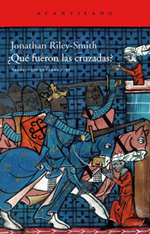 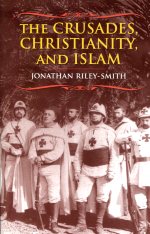 The Crusades, Christianity and Islam

What were the crusades?