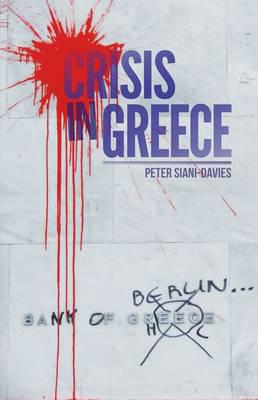 Few countries experienced the period of turbulence surrounding the global financial crisis as intensely as Greece. The country topped the global news agenda as images of mass protests in Athens jostled for space with reports of torturous negotiations between political leaders struggling to agree support packages. Dramatic headlines proclaimed not only Greek bankruptcy and a possible exit from the euro, but the collapse of the single currency itself. This book offers a comprehensive and authoritative account of the lengthy crisis that beset Greece and the wider Eurozone. Written for the general reader, it explores the passage of events from different perspectives as it probes the story behind the headlines to reveal the full complexity of the crisis. Were its causes to be found in the prevailing international financial environment or in the economic and political system which evolved in Greece since the early 1970s? Did the choices made by both domestic and international actors such as the IMF and the EU exacerbate the crisis? Most importantly, what has been the impact of the crisis on the daily lives of the country's inhabitants?