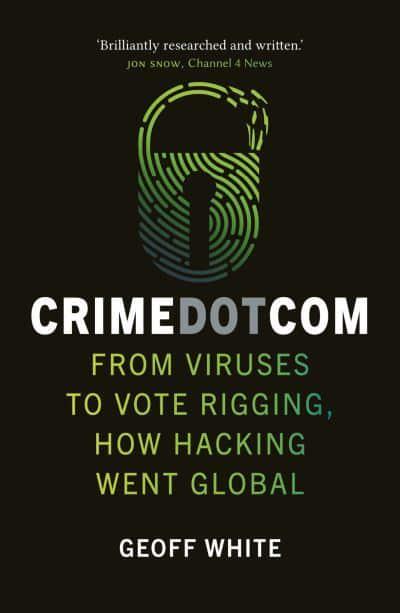 Crimedotcom
from viruses to vote rigging, how hacking went global

On May 4, 2000, an email that read "kindly check the attached LOVELETTER" was sent from a computer in the Philippines. Attached was a virus, the Love Bug, and within days it had been circulated across the globe, paralyzing banks, broadcasters, and businesses in its wake, and extending as far as the UK Parliament and, reportedly, the Pentagon. The outbreak presaged a new era of online mayhem: the age of Crime Dot Com. In this book, investigative journalist Geoff White charts the astonishing development of hacking, from its conception in the United States' hippy tech community in the 1970s, through its childhood among the ruins of the Eastern Bloc, to its coming of age as one of the most dangerous and pervasive threats to our connected world. He takes us inside the workings of real-life cybercrimes, drawing on interviews with those behind the most devastating hacks and revealing how the tactics employed by high-tech crooks to make millions are being harnessed by nation states to target voters, cripple power networks, and even prepare for cyber-war. From Anonymous to the Dark Web, Ashley Madison to election rigging, Crime Dot Com is a thrilling, dizzying, and terrifying account of hacking, past and present, what the future has in store, and how we might protect ourselves from it.