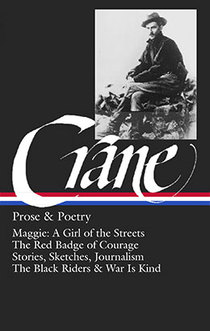 Crane: prose and poetry
Maggie: a girl of the streets. The red badge of courage. Stories, sketches, journalism. The black riders and war is kind

This Library of America volume shows why Stephen Crane has come to be recognized as one of the most innovative and diversely talented writers of his generation, even though he died of tuberculosis at the age of twenty-eight. This comprehensive collection includes all his most accomplished and best-known works: five novels, short stories, journalism, war correspondence, and his two completed books of poetry.

Here are the classic novels he published in a span of five years: The Red Badge of Courage (1895), about a young and confused Union soldier under fire for the first time; Maggie: A Girl of the Streets (1893), a vivid portrait of slum life and a young girl’s fall; George’s Mother (1896), about New York’s Bowery and its effect on a young workingman fresh from the country; The Third Violet (1897), the story of a bohemian artist’s country romance; and The Monster (1899), a novella about sacrifice and rescue, guilt and isolation.

Among his short stories are such masterpieces as “The Open Boat,” “The Blue Hotel,” and “The Bride Comes to Yellow Sky.” His prose is at the same time dense and lean, suited to his description of the elusive forces that impinge upon his characters, and suited also to his desire not to circumscribe them with traditional moral and interpretive definition. Included here as well are the Whilomville stories of children and childhood in small-town America and the Sullivan County sketches of turn-of-the-twentieth-century rural life.

As a journalist, Crane covered the Spanish-American War and the Greco-Turkish War, traveled through Mexico and the West, and reported on the seamier sides of New York City life; the best of his dispatches are gathered here. Also featured are both of Crane’s collections of epigrammatic free verse—The Black Riders (1895) and War is Kind (1899)—and selections from his uncollected poems. His poetry shows strong affinities to Emily Dickinson, while also anticipating the Imagist movement later in the twentieth century.

This is the most substantial gathering of Crane’s work ever made available in one volume; it is an enduring testimony to his heroic achievement. 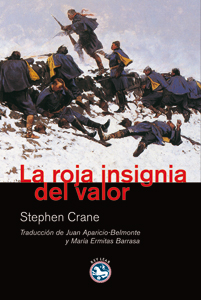 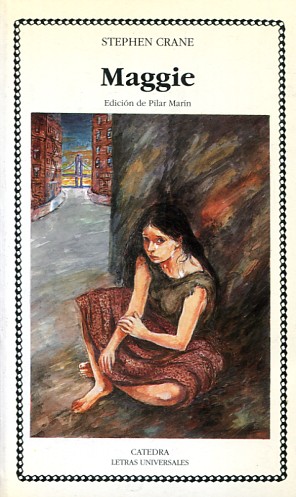