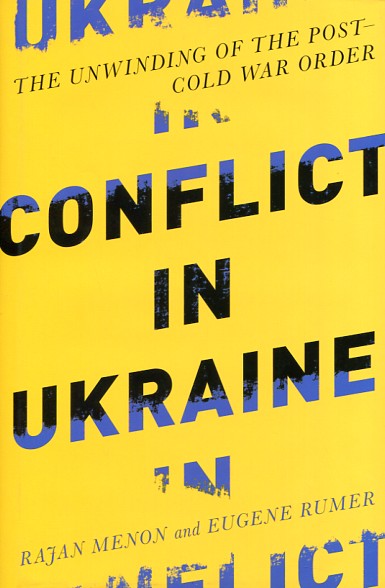 Conflict in Ukraine
the unwinding of the Post-Cold War order

The current conflict in Ukraine has spawned the most serious crisis between Russia and the West since the end of the Cold War. It has undermined European security, raised questions about NATO's future, and put an end to one of the most ambitious projects of U.S. foreign policy -- building a partnership with Russia. It also threatens to undermine U.S. diplomatic efforts on issues ranging from terrorism to nuclear proliferation. And in the absence of direct negotiations, each side is betting that political and economic pressure will force the other to blink first. Caught in this dangerous game of chicken, the West cannot afford to lose sight of the importance of stable relations with Russia. This book puts the conflict in historical perspective by examining the evolution of the crisis and assessing its implications both for the Crimean peninsula and for Russia's relations with the West more generally. Experts in the international relations of post-Soviet states, political scientists Rajan Menon and Eugene Rumer clearly show what is at stake in Ukraine, explaining the key economic, political, and security challenges and prospects for overcoming them. They also discuss historical precedents, sketch likely outcomes, and propose policies for safeguarding U.S.-Russia relations in the future. In doing so, they provide a comprehensive and accessible study of a conflict whose consequences will be felt for many years to come.