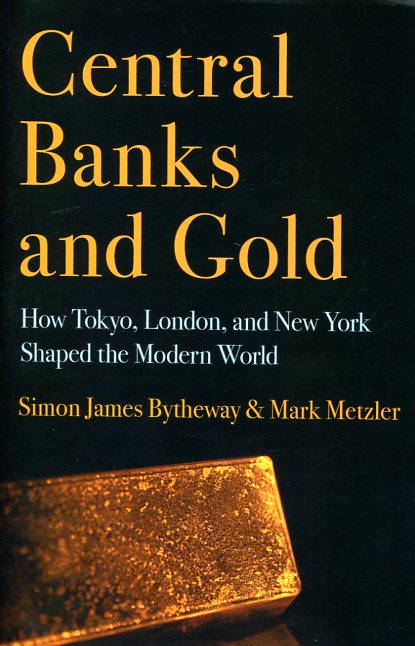 In recent decades, Tokyo, London, and New York have been the sites of credit bubbles of historically unprecedented magnitude. Central bankers have enjoyed almost unparalleled power and autonomy. They have cooperated to construct and preserve towering structures of debt, reshaping relations of power and ownership around the world. In Central Banks and Gold, Simon James Bytheway and Mark Metzler explore how this financialized form of globalism took shape a century ago, when Tokyo joined London and New York as a major financial center.
As revealed here for the first time, close cooperation between central banks began along an unexpected axis, between London and Tokyo, around the year 1900, with the Bank of England's secret use of large Bank of Japan funds to intervene in the London markets. Central-bank cooperation became multilateral during World War I—the moment when Japan first emerged as a creditor country. In 1919 and 1920, as Japan, Great Britain, and the United States adopted deflation policies, the results of cooperation were realized in the world's first globally coordinated program of monetary policy. It was also in 1920 that Wall Street bankers moved to establish closer ties with Tokyo. Bytheway and Metzler tell the story of how the first age of central-bank power and pride ended in the disaster of the Great Depression, when a rush for gold brought the system crashing down. In all of this, we see also the quiet but surprisingly central place of Japan. We see it again today, in the way that Japan has unwillingly led the world into a new age of post-bubble economics.