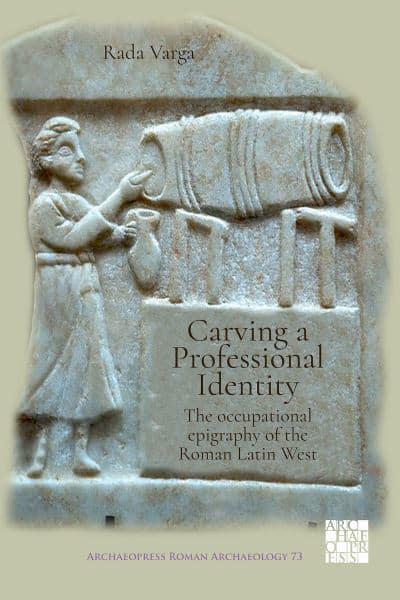 Carving a Professional Identity: The occupational epigraphy of the Roman Latin West presents the results of long-term research into the occupational epigraphy from the Latin-language provinces of the Roman Empire. It catalogues stone epigraphs of independent professionals (thus excluding state workers, imperial slaves, freedmen and military personnel), comprising some 690 people, providing quantitative as well as qualitative analyses of the raw data. A glossary translating the occupational titles is also included. The book reveals a very lively work market, where specialisation responded to demand and brought social and economic status to the worker. The coherence of epigraphic habits and manifestations within a professional group, along with all the other existing clues for a rather unitary use of symbols, endorse once more the existence of a Roman provincial, commercial, middle class.