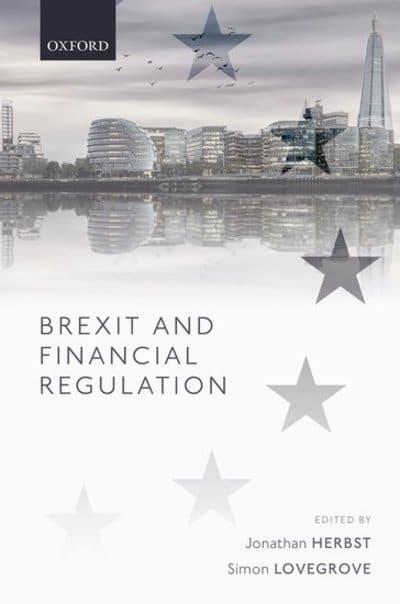 Brexit will have a significant impact on the UK financial services system. At the time of writing this book it is still unclear whether the UK will leave the EU with a deal. Given the uncertainty, this book provides high-level guidance on the complexity of Brexit as it applies to financial institutions through the eyes of leading lawyers. It considers from a financial services perspective, the draft withdrawal agreement and political declaration on the future EU / UK relationship that was approved at the negotiators level on both sides in November 2018 and further amended in October 2019. In a no deal scenario the focus of the book is on the key themes providing readers with a holistic view of the regulatory issues. In particular, the book addresses communications from the EU institutions on the approach to be taken regarding the authorisation of banks and investment firms in the EU27. Of particular importance is consideration of the opinions issued in 2017 by the European Banking Authority and the European Securities and Markets Authority. The analysis also includes a review of the approach taken by the key EU jurisdictions of Germany, France, the Netherlands and Ireland. Furthermore the book includes coverage of key pieces of EU legislation including the European Markets Infrastructure Regulation, the revised Markets in Financial Instruments Directive, the Capital Requirements Directive IV and the Bank Recovery and Resolution Directive. The work also provides a useful outline of the UK transitional regime and onshoring of EU legislation in a no deal scenario. The overseas persons exclusion contained in the FSMA Regulated Activities Order is also discussed as is the senior managers regime. The book also considers the EU equivalence regime, the different pieces of EU legislation that contain equivalence provisions, and the process for determining equivalence. Furthermore, it examines the role of international regulatory bodies and international standards. The development of international regulation and the UKs influence on it will be important components in the post-Brexit landscape. Breaking Brexit issues into accessible, structured chapters, leading practitioners from across the City of London unpack legal complexities, sharing a wealth of experience.