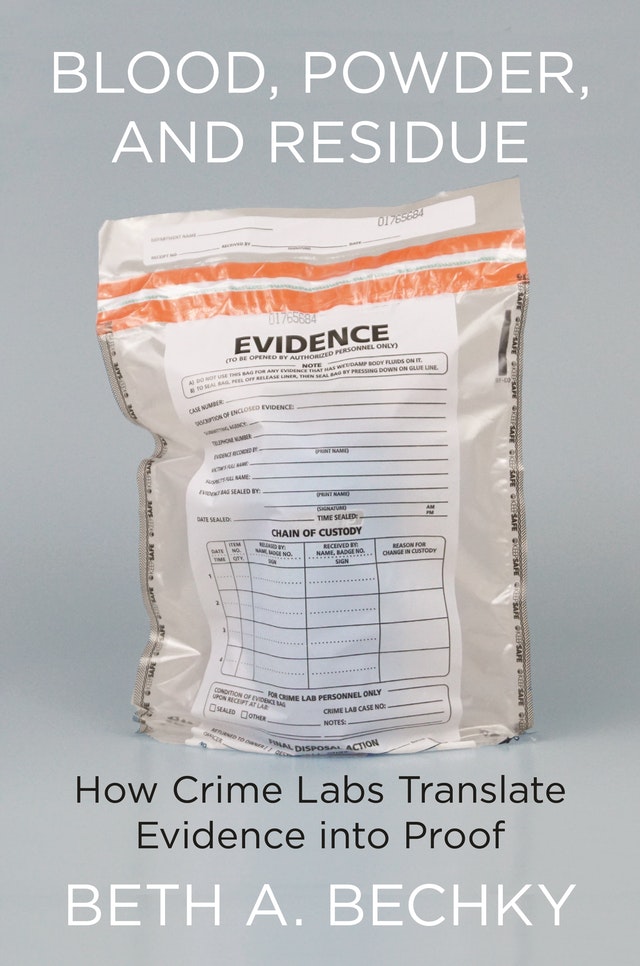 The findings of forensic science—from DNA profiles and chemical identifications of illegal drugs to comparisons of bullets, fingerprints, and shoeprints—are widely used in police investigations and courtroom proceedings. While we recognize the significance of this evidence for criminal justice, the actual work of forensic scientists is rarely examined and largely misunderstood. Blood, Powder, and Residue goes inside a metropolitan crime laboratory to shed light on the complex social forces that underlie the analysis of forensic evidence.

Drawing on eighteen months of rigorous fieldwork in a crime lab of a major metro area, Beth Bechky tells the stories of the forensic scientists who struggle to deliver unbiased science while under intense pressure from adversarial lawyers, escalating standards of evidence, and critical public scrutiny. Bechky brings to life the daily challenges these scientists face, from the painstaking screening and testing of evidence to making communal decisions about writing up the lab report, all while worrying about attorneys asking them uninformed questions in court. She shows how the work of forensic scientists is fraught with the tensions of serving justice—constantly having to anticipate the expectations of the world of law and the assumptions of the public—while also staying true to their scientific ideals.

Blood, Powder, and Residue offers a vivid and sometimes harrowing picture of the lives of highly trained experts tasked with translating their knowledge for others who depend on it to deliver justice.