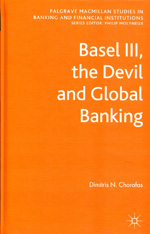 The new capital adequacy rules by the Basel Committee on Banking Supervision, widely known as Basel III, is a set of regulatory standards. The regulatory activities of the Basel Committee divide into two major epochs: before and after the deep economic and banking crisis of 2007-2011. This crisis has already fundamentally changed the sense of prudential regulation, and the outcome has been Basel III. In this book Chorafas takes a well-rounded look at Basel III's strengths and weaknesses. Whether Basel III will be a success or a failure, we don't yet know. What can be argued is that there will be an important long-term impact on the banking industry, and most particularly on big global banks -- provided that governments don't alter the Basel III rules, delaying their implementation or canceling them altogether. Governments, however, are playing devil with Basel's higher capital ratios and liquidity requirements, probably because they know the sorry state of financial institutions under their watch. 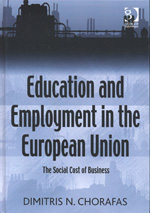 Education and employment in the European Union