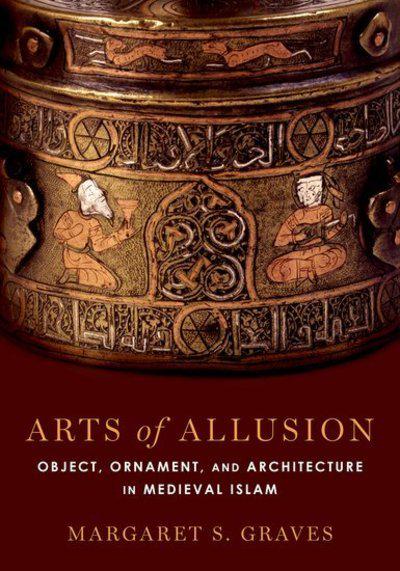 Arts of allusion
object, arnament, and architecture in Medieval Islam

The art of the object reached unparalleled heights in the medieval Islamic world, yet the intellectual dimensions of ceramics, metalwares, and other plastic arts in this milieu have not always been acknowledged. Arts of Allusion reveals the object as a crucial site where pre-modern craftsmen of the eastern Mediterranean and Persianate realms engaged in fertile dialogue with poetry, literature, painting, and, perhaps most strikingly, architecture. Lanterns fashioned after miniature shrines, incense burners in the form of domed monuments, earthenware jars articulated with arches and windows, inkwells that allude to tents: through close studies of objects from the ninth to the thirteenth centuries, this book reveals that allusions to architecture abound across media in the portable arts of the medieval Islamic world. Arts of Allusion draws upon a broad range of material evidence as well as medieval texts to locate its subjects in a cultural landscape where the material, visual and verbal realms were intertwined. Moving far beyond the initial identification of architectural types with their miniature counterparts in the plastic arts, Margaret Graves develops a series of new frameworks for exploring the intelligent art of the allusive object. These address materiality, representation, and perception, and examine contemporary literary and poetic paradigms of metaphor, description, and indirect reference as tools for approaching the plastic arts. Arguing for the role of the intellect in the applied arts and for the communicative potential of ornament, Arts of Allusion asserts the reinstatement of craftsmanship into Islamic intellectual history.