Invaded in 1830, populated by one million settlers who co-existed uneasily with nine million Arabs and Berbers , Algeria was different from other French colonies because it was administered as an integral part of France, in theory no different from Normandy or Brittany. The depth and scale of the colonization process explains why the Algerian War of 1954 to 1962 was one of the longest and most violent of the decolonization struggles. An undeclared war in the sense that there was no formal beginning of hostilities, the war produced huge tensions that brought down four governments, ended the Fourth Republic in 1958, and mired the French army in accusations of torture and mass human rights abuses. In carefully re-examining the origins and consequences of the conflict, Martin Evans argues that it was the Socialist led Republican Front, in power from January 1956 until May 1957, which was the defining moment in the war. Predicated on the belief in the universal civilizing mission of the Fourth Republic, coupled with the conviction that Algerian nationalism was feudal and religiously fanatical in character, the Republican Front dramatically intensified the war in the spring of 1956. Drawing upon previously classified archival sources as well as new oral testimonies, this book underlines the conflict of values between the Republican Front and Algerian nationalism, explaining how this clash produced patterns of thought and action, such as the institutionalization of torture and the raising of pro-French Muslim militias, which tragically polarized choices and framed all subsequent stages of the conflict. 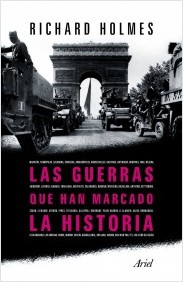