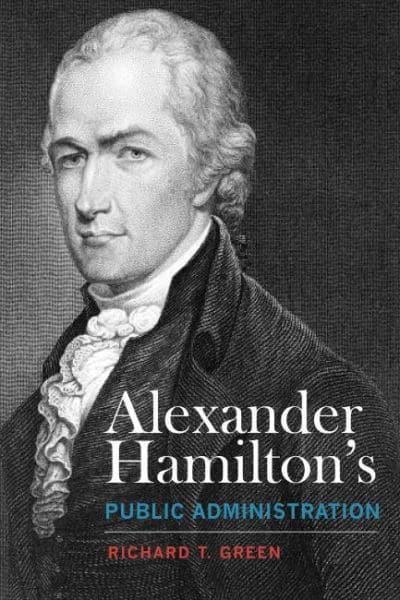 American public administration inherited from Alexander Hamilton a distinct republican framework through which we derive many of our modern governing standards and practices. His administrative theory flowed from his republican vision, prescribing not only the how of administration but also what should be done and why. Administration and policy merged seamlessly in his mind, each conditioning the other. His Anti-Federalist detractors clearly saw this and fought his vision tooth and nail.

That conflict endures to this day because Americans still have not settled on just one vision of the American republic. That is why, Richard Green argues, Hamilton is a pivotal figure in our current reckoning. If we want to more fully understand ourselves and our ways of governing today, we must start by understanding Hamilton, and we cannot do that without exploring his administrative theory and practice in depth.

Alexander Hamilton's Public Administration considers Hamilton both as a founder of the American republic, steeped in the currents of political philosophy and science of his day, and as its chief administrative theorist and craftsman, deeply involved in establishing the early institutions and policies that would bring his interpretation of the written Constitution to life. Accordingly, this book addresses the complex mix of classical and modern ideas that informed his vision of a modern commercial and administrative republic; the administrative ideas, institutions, and practices that flowed from that vision; and the substantive policies he deemed essential to its realization. Green's analysis grows out of an immersion in Hamilton's extant papers, including reports, letters, pamphlets, and essays. Readers will find a comprehensive explanation of his theoretical contributions and a richly detailed account of his ideas and practices in historical context.