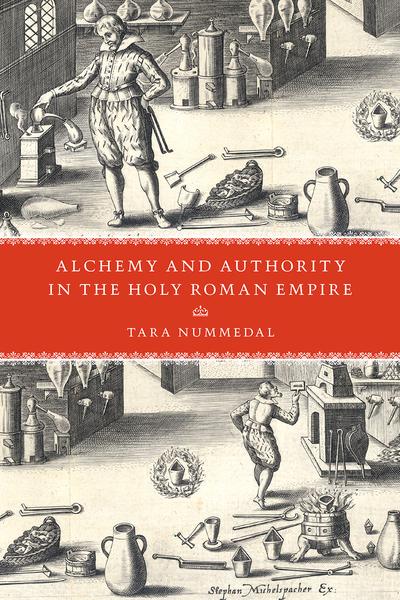 Alchemy and authority in the Holy Roman Empire

What distinguished the true alchemist from the fraud? This question animated the lives and labors of the common men-and occasionally women-who made a living as alchemists in the sixteenth- and seventeenth-century Holy Roman Empire. As purveyors of practical techniques, inventions, and cures, these entrepreneurs were prized by princely patrons, who relied upon alchemists to bolster their political fortunes. At the same time, satirists, artists, and other commentators used the figure of the alchemist as a symbol for Europe's social and economic ills.

Drawing on criminal trial records, contracts, laboratory inventories, satires, and vernacular alchemical treatises, Alchemy and Authority in the Holy Roman Empire situates the everyday alchemists, largely invisible to modern scholars until now, at the center of the development of early modern science and commerce. Reconstructing the workaday world of entrepreneurial alchemists, Tara Nummedal shows how allegations of fraud shaped their practices and prospects. These debates not only reveal enormously diverse understandings of what the "real" alchemy was and who could practice it; they also connect a set of little-known practitioners to the largest questions about commerce, trust, and intellectual authority in early modern Europe.