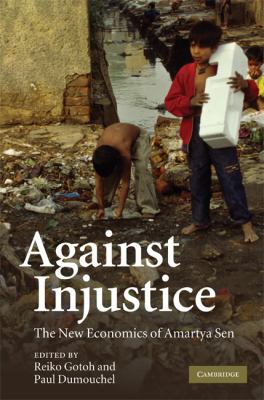 Against Injustice
The New Economics of Amartya Sen

Traditional theories of justice as formulated by political philosophers, jurists and economists have all tended to see injustice as simply a breach of justice, a breakdown of the normal order. Amartya Sen's work acts as a corrective to this tradition by arguing that we can recognise patent injustices, and come to a reasoned agreement about the need to remedy them, without reference to an explicit theory of justice. Against Injustice brings together distinguished academics from a variety of different fields - including economics, law, philosophy and anthropology - to explore the ideas underlying Sen's critique of traditional approaches to injustice. The centrepiece of the book is the first chapter by Sen in which he outlines his conception of the relationship between economics, ethics and law. The rest of the book addresses a variety of theoretical and empirical issues that relate to this conception, concluding with a response from Sen to his critics.