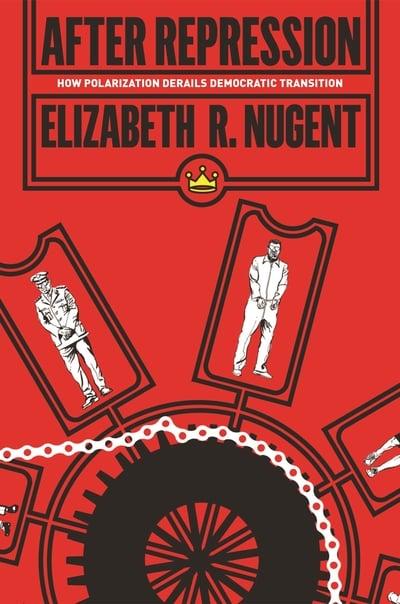 How differing forms of repression shape the outcomes of democratic transitions

In the wake of the Arab Spring, newly empowered factions in Tunisia and Egypt vowed to work together to establish democracy. In Tunisia, political elites passed a new constitution, held parliamentary elections, and demonstrated the strength of their democracy with a peaceful transfer of power. Yet in Egypt, unity crumbled due to polarization among elites. Presenting a new theory of polarization under authoritarianism, After Repression reveals how polarization and the legacies of repression led to these substantially divergent political outcomes.

Drawing on original interviews and a wealth of new historical data, Elizabeth Nugent documents polarization among the opposition in Tunisia and Egypt prior to the Arab Spring, tracing how different kinds of repression influenced the bonds between opposition groups. She demonstrates how widespread repression created shared political identities and decreased polarization-such as in Tunisia-while targeted repression like that carried out against the Muslim Brotherhood in Egypt led opposition groups to build distinct identities that increased polarization among them. This helps explain why elites in Tunisia were able to compromise, cooperate, and continue on the path to democratic consolidation while deeply polarized elites in Egypt contributed to the rapid reentrenchment of authoritarianism.

Providing vital new insights into the ways repression shapes polarization, After Repression helps to explain what happened in the turbulent days following the Arab Spring and illuminates the obstacles to democratic transitions around the world.