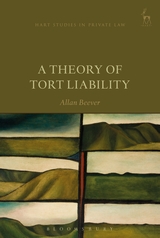 This book provides a comprehensive theory of the rights upon which tort law is based and the liability that flows from violating those rights. Inspired by the account of private law contained in Immanuel Kant's Metaphysics of Morals, the book shows that Kant's theory elucidates a conception of interpersonal wrongdoing that illuminates the operation of tort law. The book then utilises this conception, applying it to the various areas of tort law, in order to develop an understanding of the particular areas in question and, just as importantly, their relationship to each other. It argues that there are three general kinds of liability found in the law of tort: liability for putting another or another's property to one's purposes directly, liability for doing something to a third party that puts another or another's property to one's purposes, and liability for pursuing purposes in a way that improperly interferes with the ability of another to pursue her legitimate purposes. It terms these forms liability for direct control, liability for indirect control and liability for injury respectively. The result is a coherent, philosophical understanding of the structure of tort liability as an entire system. In developing its position, the book considers the laws of Australia, Canada, England and Wales, New Zealand and the United States.

ÍNDICE:
Part I: Foundations
1. Moral Foundations
2. The General Theory of Liability
3. The Form of Liability in Tort Law
Part II: Direct Control
4. Battery and Trespass to Property
5. Trespass in General
6. Defences to Trespass
7. Deceit
Part III: Indirect Control
8. The Economic Torts in the Commonwealth: The Conventional View
9. Reconceptualising the Economic Torts
10. Interference with Contract in the US
11. Injurious Falsehood and Malicious Prosecution
Part IV: Injury
12. The Law of Negligence
Part V: Miscellaneous Issues Involving Control, Injury and Loss
13. The Law of Defamation
14. The Mind
15. Patient Consent and the Right to Self-determination
16. Conclusion 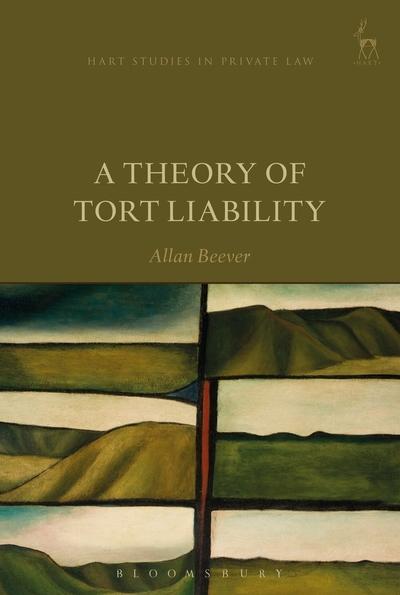