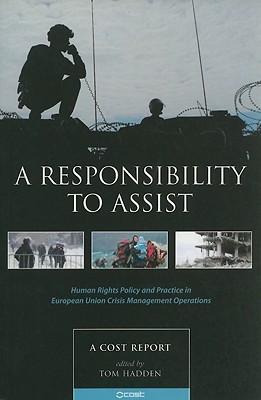 Ed. Tom Hadden. This report, written as part of a wider review of human rights in EU foreign policy, describes and assesses the current decision-making structures and procedures for EU military, police and civilian crisis management missions throughout the world.EU interventions or missions in non-member countries are a relatively recent development, and have largely been undertaken to ensure more effective co-ordination of humanitarian, peace-keeping, and peace building efforts by Member States in response to international conflicts and crises - and perhaps also to project the role of the EU as a major actor on the global stage. EU missions may involve the deployment of military forces in peace-keeping or peace enforcement operations, the deployment of military and police personnel in a preventive role or with a view to maintaining public order or controlling criminal activity, or they may involve the provision of civilian support for the rebuilding or redevelopment of the rule of law in countries where governmental structures have broken down.This report examines the incidence of these interventions, as well as their interaction with other bodies such as the UN, NATO, the African Union and voluntary coalitions, and the complex diplomatic and military negotiations leading to particular operations. The focus on assistance reflects the primary responsibility of the EU not to act independently of the UN and other international bodies but to provide support and assistance to the wider international community. The main aim of the report is not to provide a detailed analysis of the success or failure of particular missions, but is to describe the often complex and confusing structures developed over the past decade and to assess the past, present and future of the EU's responsibility to intervene in international crises.This book presents an in-depth report which provides a framework of the EU's responsibility to assist in times of crisis. This is an extremely topical is