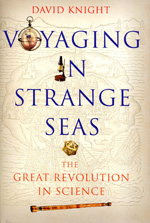 Voyaging in strange seas
the great revolution in science

In 1492 Columbus set out across the Atlantic; in 1776 American colonists declared their independence. Between these two events old authorities collapsed - Luther's Reformation divided churches, and various discoveries revealed the ignorance of the ancient Greeks and Romans. A new, empirical worldview had arrived, focusing now on observation, experiment and mathematical reasoning. This engaging book takes us along on the great voyage of discovery that ushered in the modern age. David Knight, a distinguished historian of science, locates the Scientific Revolution in the great era of global oceanic voyages, which became both a spur to and metaphor for scientific discovery. He introduces the well-known heroes of the story (Galileo, Newton, Linnaeus) as well as lesser recognized officers of scientific societies, printers and booksellers who turned scientific discovery into public knowledge, and editors who invented the scientific journal. Knight looks at a striking array of topics, from better maps to more accurate clocks, from a boom in printing to medical advancements. He portrays science and religion as engaged with each other rather than in constant conflict; in fact, science was often perceived as a way to uncover and celebrate God's mysteries and laws. Populated with interesting characters, enriched with fascinating anecdotes, and built upon an acute understanding of the era, this book tells a story as thrilling as any in human history. 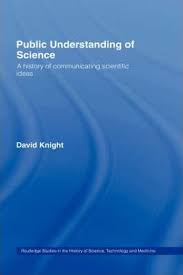 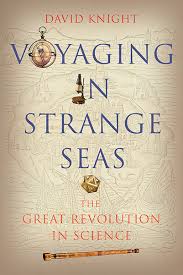