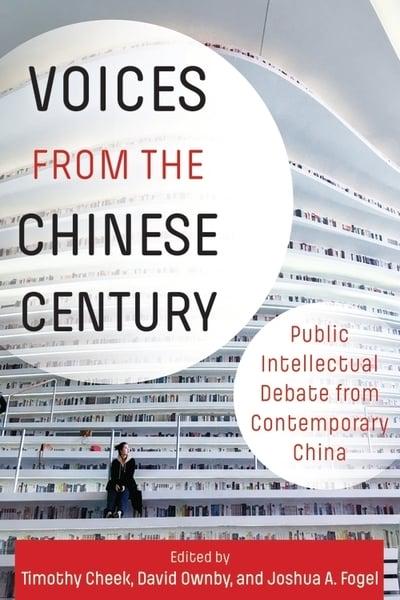 China's increasing prominence on the global stage has caused consternation and controversy among Western thinkers, especially since the financial crisis of 2008. But what do Chinese intellectuals themselves have to say about their country's newfound influence and power? Voices from the Chinese Century brings together a selection of essays from representative leading thinkers that open a window into public debate in China today on fundamental questions of China and the world—past, present, and future.The voices in this volume include figures from each of China's main intellectual clusters: liberals, the New Left, and New Confucians. In genres from scholarly analyses to social media posts, often using Party-approved language that hides indirect criticism, these essayists offer a wide range of perspectives on how to understand China's history and its place in the twenty-first-century world. They explore questions such as the relationship of political and economic reforms; the distinctiveness of China's history and what to take from its traditions; what can or should be learned from the West; and how China fits into today's eruption of populist anger and challenges to the global order. The fifteen original translations in this volume not only offer insight into contemporary China but also prompt us to ask what Chinese intellectuals might have to teach Europe and North America about the world's most pressing problems.