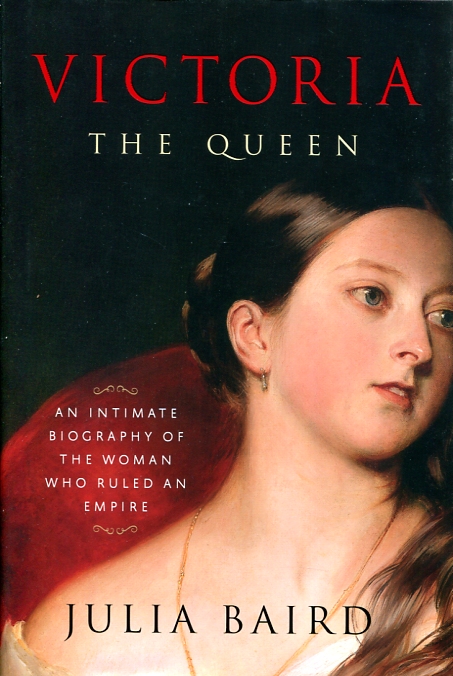 Victoria, the Queen
an intimate biography of the woman who ruled an Empire

Queen Victoria was the first British monarch to be photographed. But it’s not the early images of a young woman that we remember. It’s the figure of a long-reigning matriarch in profile, small and heavy, that lives in the collective imagination. Because of the length of the exposure, subjects found it difficult to hold a smile for the camera — but, in any case, we assume this queen would not be quick to smile. We would be wrong.

Queen Victoria wasn’t tipped to rule. Accident and tragedy put her on the throne soon after her 18th birthday. Christened Alexandrina Victoria, this woman who lent her name to the age would, as Mark Twain once put it, “see more things invented than any other monarch that ever lived.” While the era is known for great leaps in innovation and industrialization, it’s equally famed for its spirit of repression — social, sexual, emotional — and Queen Victoria was its standard-bearer. But surprisingly, Victoria was not a Victorian. Now a new queen is emerging. A biography and a novel, paired with a forthcoming television series, will sift through the standard lore, seeking the unexplored life of this iconic woman.

Factual and fictional investigations of a historical figure can lead a reader through varied trajectories, yet still arrive in a similar emotional landscape. It’s a tricky thing to translate a human life, with all its unknowable quirks and happenings, to pull a narrative arc from the scattered chronology of events. Biography presents itself as fact, but without occasional forays into dramatic scene-setting it may not hold together. These small imagined moments are the movable joints that make it whole.