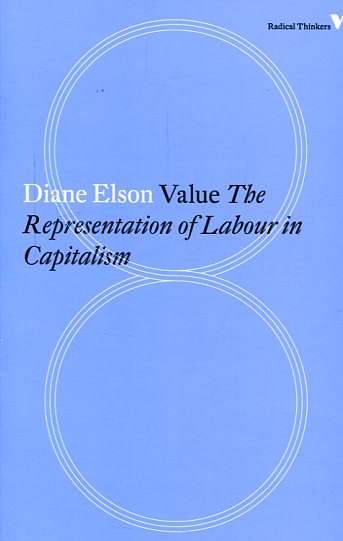 Value
the representation of labour in capitalism

This re-publication of a long out-of-print collection of essays, first published in 1979 focuses on the elusive concept of "value." The field of study surrounding the theory of value remains comparatively sparse in Anglophone circles, and this collection of essays aims to answer the question "why is Marx's theory of value important?" Beginning with "Reading Marx on Value: A Note on the Basic Texts" by Aboo Aumeeruddy and Ramon Tortajada, this essay introduces the key interpretive debates surrounding "value form." Also featured is Jairus Banaji's seminal essay, "From the Commodity to Capital: Hegel's Dialectic in Marx's Capital", complemented by Chris Arthur's "Dialectic of the Value Form." Further on, the "labour theory of value" is interrogated in "Why Labour is the starting point of Capital" by Geoffrey Kay, and "Misreading Marx's Theory of Value: Marx's Marginal Notes on Wagner" by Athar Hussain. Finally Diane Elson argues for the importance of Marx's "Value Theory of Labour." These well-written and erudite texts provide a great introduction and also a refresher for those new and well versed in Marxist political economy.