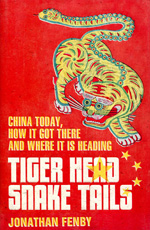 Tiger head, snake tails
China today, how it got there and where it is heading

There have been a plethora of books on China in recent years. Authors have forecast the coming collapse of the People's Republic or looked to the day when it will rule the world. So why another book on the most heavily populated country on earth which has emerged in the last three decades to occupy a central position on the global stage? Because, despite the stream of publications, there is no single book which pulls together the whole of the China story linking its very disparate elements to present a coherent portrait that explains to the general reader what China is and why it matters so much. With its expanding economy (already the second largest in the world), its population of more than 1.3 billion, its place at the core of the G20, its $2.4 trillion in foreign exchange reserves, its trade surplus, its nuclear weapons and modernising military forces, its permanent seat on the UN Security Council and its ability to dispense cash without conditions to poor countries in return for the raw materials it gobbles up, China will become steadily more important in the world. It will not collapse. It is not the great exercise in smoke and mirrors depicted by some writers or a giant Ponzi scheme as posited by hedge fund bears. But neither will it rule the world for reasons that lie in its inner complexity, and complexes. In this compelling and lucid account based on years of research and first-hand experience, rooted in on-the-ground reporting, interviews, observations, analysis of data and a viewpoint that sees the country from the inside out, Jonathan Fenby links together the myriad features of today's China. The binary approach so often applied to China - the country is either good or bad, set to reach the stars or collapse in chaos - often boils down to the prejudices of its authors. Only by seeing China as a whole and joining the dots does Jonathan Fenby arrive at a coherent picture of its nature and depict its future, both internally and in its impact on the rest of the world.

The Penguin history of Modern China 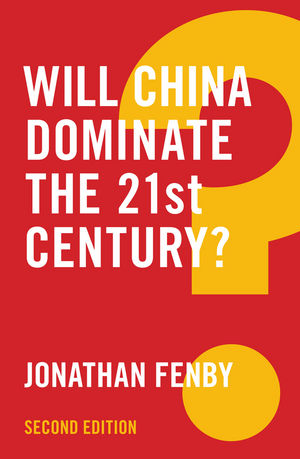 Will China dominate the 21st century?