We are all aware of the extreme hunger and poverty that afflict the world's poor. We hear the facts, see the images on television, buy the T-shirt and are moved as individuals and governments to dig deep into our pockets. Yet what happens to all this aid? Why after 50 years and $2.3 trillion are there still children dying for lack of twelve cents medicine? Why are there so many people still living on less than $1 a day without clean water, food, sanitation, shelter, education or medicine? In "The White Man's Burden", William Easterly, acclaimed author and former economist at the World Bank, addresses these twin tragedies head on. While recognising the energy and compassion behind the campaign to make poverty history he argues urgently and powerfully that grand plans and good intentions are a part of the problem not the solution. Giving aid is not enough, we must ensure that it reaches the people who need it most and the only way to make this happens is through accountability and by learning from past experiences. Without claiming to have all the answers, William Easterly chastises the complacent and patronising attitude of the West that attempts to impose solutions from above. In this book, which is by turns angry, moving, irreverent but always rigorous, he calls on each and everyone of us to take responsibility, whether donors, aid workers or ordinary citizens, so that more aid reaches the people it is supposed to help, the mother who cannot feed her children, the little girl who has to collect firewood rather than go to school, the father who cannot work because he has been crippled by war. 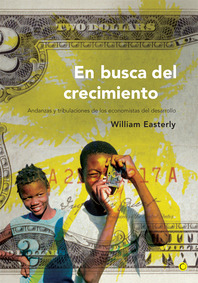 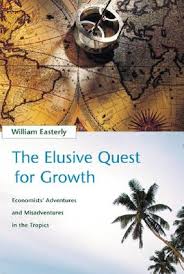 The elusive quest for growth