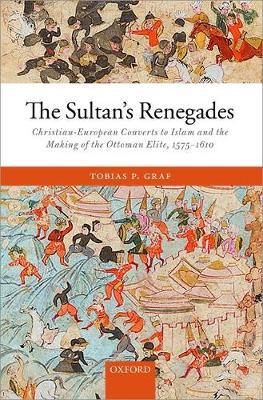 The sultan's renegades
christian-european converts to Islam and the making of the Ottoman elite, 1575-1610

The figure of the renegade - a European Christian or Jew who had converted to Islam and was now serving the Ottoman sultan - is omnipresent in all genres produced by those early modern Christian Europeans who wrote about the Ottoman Empire. As few contemporaries failed to remark, converts were disproportionately represented among those who governed, administered, and fought for the sultan. Unsurprisingly, therefore, renegades have attracted considerable attention from historians of Europe as well as students of European literature. Until very recently, however, Ottomanists have been surprisingly silent on the presence of Christian-European converts in the Ottoman military-administrative elite. The Sultan's Renegades inserts these 'foreign' converts into the context of Ottoman elite life to reorient the discussion of these individuals away from the present focus on their exceptionality, towards a qualified appreciation of their place in the Ottoman imperial enterprise and the Empire's relations with its neighbours in Christian Europe.