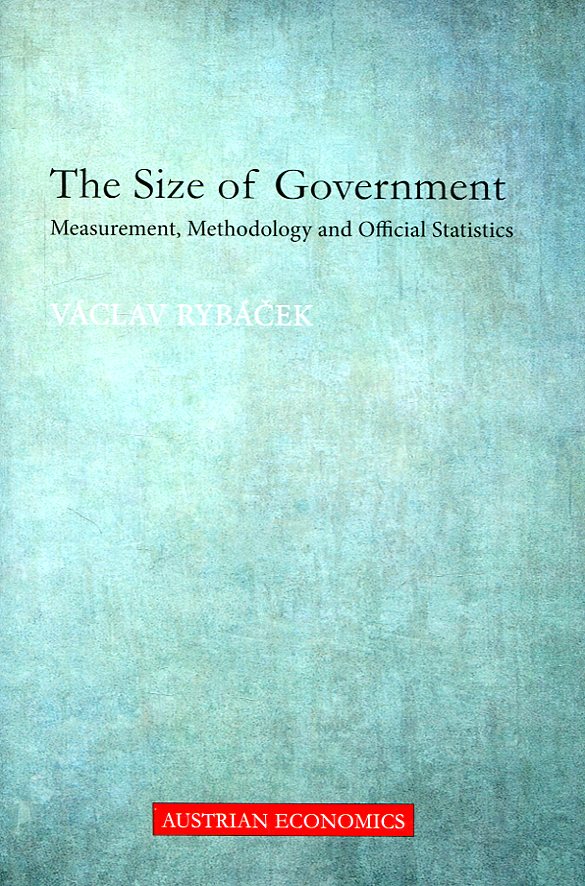 The size of government
measurement, methodology and official statistics

The growing economic power of government has prompted many studies to seek to establish the optimum size of government and how it might relate to economic growth, productivity and inflation.

Václav Rybácek examines how these studies have used national accounts and officially published statistics to invariably underestimate the size of government, which has lead to erroneous economic policy recommendations and ultimately to an unrealistic assessment of a government's ability to meet its debts. The book shows how the methodology of macroeconomic statistics has failed to keep pace with the expansion of government and has misallocated, for example, many public producers in the field of financial services, to the corporate sector. Even central banks conducting government policy are shown to stand outside official figures on the size of government. Similarly, when showing the relative size of government, the choice of denominator, such as GDP, can further lead to underestimating government size.

Drawing on Austrian economic theory, in particular in relation to market operation, the book offers a more robust methodology for the measurement of government, which is then used to recalculate fiscal indicators and GDP in order to present a more appropriate set of data for the analysis of public sector dynamics in the majority of EU countries.