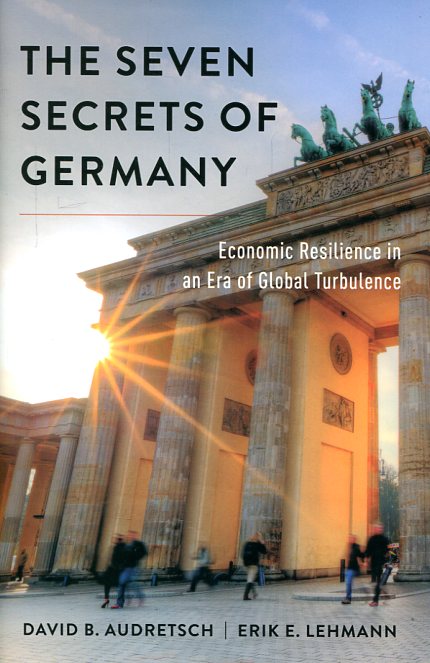 German economic performance has astonished the world. At the turn of the century, Germany had been written off as the sick man of Europe. No more. Even as most of its European neighbors and OECD trading partners have struggled in the face of a turbulent global economy, the German economy has thrived. How does Germany do it? What is the secret? In The Seven Secrets of Germany, authors David Audretsch and Erik Lehmann answer these very questions. This book reveals, explains, and analyzes seven key aspects of Germany, its economy, and its society that have provided the nation with considerable buoyance in an era of global turbulence. These seven features range from the key and strategic role played by small firms to world leadership in its skilled and trained labor force, an ability to harness global opportunities through leveraging local resources, public infrastructure, the capacity to deal with change and confront challenges in a flexible manner, and the emergence of a remarkably positive identity and image. The Seven Secrets of Germany have insulated the country from long-term economic deterioration and enabled it to take advantage of the opportunities afforded from globalization rather than succumbing as a victim to globalization. This insights can be instructive to other countries and refute the defeatist view that globalization leads to an inevitable deterioration of the standard of living, quality of life, and degree of economic prosperity.