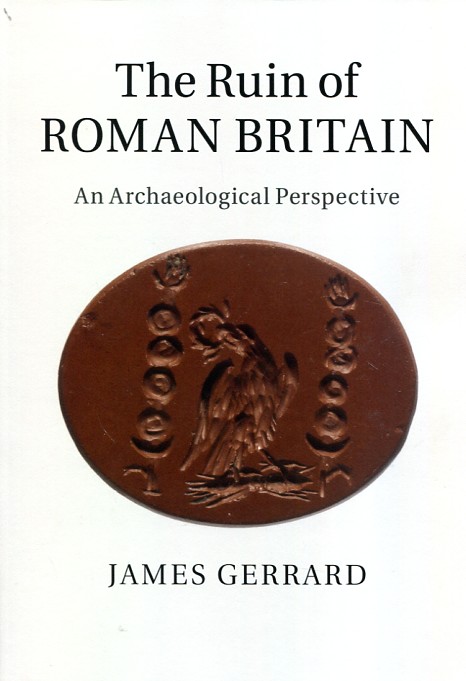 The ruin of roman Britain
an archaeological perspective

How did Roman Britain end? This new study draws on fresh archaeological discoveries to argue that the end of Roman Britain was not the product of either a violent cataclysm or an economic collapse. Instead, the structure of late antique society, based on the civilian ideology of paideia, was forced to change by the disappearance of the Roman state. By the fifth century elite power had shifted to the warband and the edges of their swords. In this book Dr Gerrard describes and explains that process of transformation and explores the role of the 'Anglo-Saxons' in this time of change. This profound ideological shift returned Britain to a series of 'small worlds', the existence of which had been hidden by the globalizing structures of Roman imperialism. Highly illustrated, the book includes two appendices, which detail Roman cemetery sites and weapon trauma, and pottery assemblages from the period.