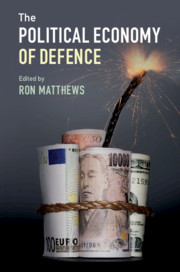 The political economy of defence

Defence is the ultimate public good, and it thus falls to government to determine the appropriate amount of public revenue to commit to the defence of the realm. This will depend on history, strategic threat, international security obligations, entreaties from allies and, of course, the threat faced. The Political Economy of Defence is structured to identify, explain and analyse the policy, process and problems that government faces from the starting point of national security through to the ultimate objective of securing a peaceful world. Accordingly, it provides insights into how defence budgets are determined and managed, offering relevant and refreshingly practical policy perspectives on defence finance, defence and development trade-offs, sovereignty vs globalisation debates, and many other pertinent issues. It will appeal to policymakers, analysts, graduate students and academics interested in defence economics, political economy, public economics and public policy.