The Nation made real
art and national identity in Western Europe, 1600-1850

What role did visual artists play in the emergence and spread of nationalism and a sense of national identity? Focusing on late-eighteenth and early-nineteenth century Britain and France, this original study in the historical sociology of nations and nationalism analyses the contributions of artists in these and other West European countries to the creation of memorable images of the abstract concept of the nation. By employing different modes of depiction for conveying moral lessons, evoking the atmosphere of the homeland, and commemorating the fallen in battle, David, Ingres, Turner, Constable, and Friedrich, as well as a host of lesser artists, were able to make the national idea appear palpable and accessible, and the abstract concept of the nation seem 'authentic' and 'real'. After a brief description of the main themes of the visual record of Dutch nation-building in the seventeenth century, Anthony D. Smith presents an original comparative analysis of the rise of 'national art' in eighteenth-century Britain and France. Subsequent chapters address the emblems and oath-swearing ceremonies of the citizen nation, the evocation of native poetic landscapes, the exempla virtutis of national heroes, ancient and modern, and the funerary memorials of martyrs and soldiers who sacrificed themselves for the nation in Britain and France. The conclusion highlights the common elements and the main differences in the French and British trajectories of artistic and national development. Illustrated with striking images, The Nation Made Real offers a new interpretation of the role of visual culture in the formation of nations and national identity among the educated classes in Western Europe.

The antiquity of nations 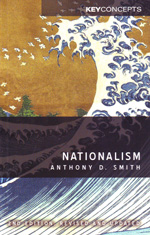