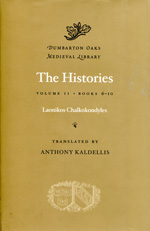 Laonikos was one of the Greek historians of the fall of Constantinople in 1453, and the first Greek writer to treat Islam as a legitimate cultural and religious system. He viewed Byzantines as Greeks rather than Romans, and his Histories> of the expansion of the Ottoman Empire stands at the origins of Neo-Hellenic identity. 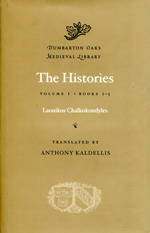 The histories. Volume I: Books 1-5