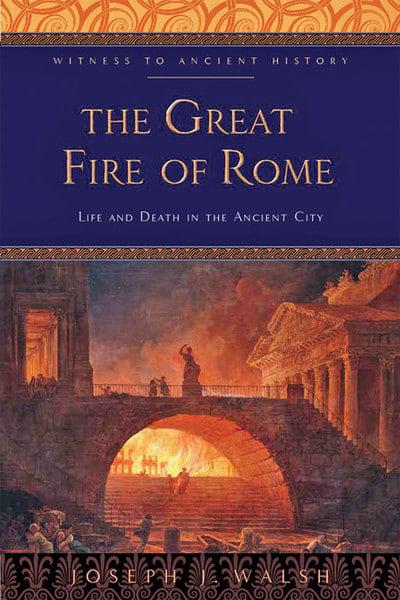 Peril was everywhere in ancient Rome, but the Great Fire of 64 CE was unlike anything the city had ever experienced. No building, no neighborhood, no person was safe from conflagration. When the fire finally subsided—after burning for nine days straight—vast swaths of Rome were in ruins. The greatest city of the ancient world had endured its greatest blow. In The Great Fire of Rome, Joseph J. Walsh tells the true story of this deadly episode in Rome's history. He explains why Rome was such a vulnerable tinderbox, outlines the difficulties of life in that exciting and dangerous city, and recounts the fire's aftermath and legacy—a legacy that includes the transformation of much of ancient Rome into a modern city. Situating the fire within the context of other perils that residents of Rome faced, including frequent flooding, pollution, crime, and dangerously shoddy construction, he highlights the firefighting technology of the period and examines the ways in which the city's architecture and planning contributed to the severity of the blaze. Introducing readers to the grim realities of life in that overwhelming and overwhelmed city while chronicling its later glories, The Great Fire of Rome is grounded in the latest scholarship on fire analysis and forensics. Walsh's multifaceted analysis, balanced insights, and concise, accessible prose make this book a versatile teaching tool. Readers interested in ancient (and modern) Rome, urban life, and civic disasters, among other things, will be fascinated by this book.