The globalization of food

Edited by David Inglis and Debra Gimlin. Globalization has become perhaps the most central#and one of the most contested#terms in the social sciences in the present day. If one wishes to understand the conditions in which different groups of people live today, it seems increasingly impossible to ignore the aspects of those conditions that are seen to be characterized, or influenced, by "global" forces, movements and phenomena. Regarding particular phenomena, no matter how apparently "local" or parochial in nature, as being located within "global" flows or systems or structures, seems today to be a very necessary component of any effective sort of social investigation. Many social scientific scholars in the last decade or so have engaged in a "global turn" in their thinking, investigating key areas and facets of human life#such as work, economy, cities, politics, and media#in terms of how these are being affected, influenced and changed by (what can be taken to be) "globalizing forces." Themes of inter-societal, trans-societal and cross-planetary connections, structures, processes and movements are increasingly central across the social sciences, including sociology, anthropology, geography, political science, economics, international relations, and many humanities disciplines too. Moreover, such themes#and the controversies and polemics often attached to them#have become common currency in many spheres outside the academy, with politicians, businesspeople, political activists and citizens of all varieties taking up ideas associated with "globalization," and deploying them both to make sense of, and also sometimes to try to change, the world around them. This book covers the issues ofglobalization as they relate to food. 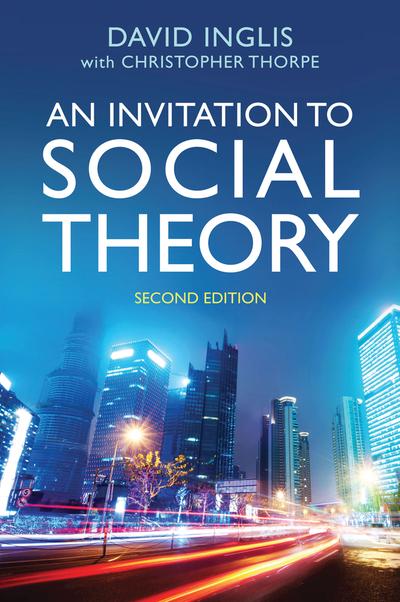 An invitation to Social Theory