The european economy since 1914

The fifth edition of The European Economy provides a succinct and lucid account of the development and problems of the European economy since the first world war. It covers the whole of Europe including Russia and Turkey. The text divides into several clearly defined sub-periods: the impact and aftermath of the first world war and recovery and reconstruction during the 1920s; the depression and the recovery of the 1930s; the impact of the second world war and the new political division in Europe; the post-war boom of the 1950s and 1960s and then into the growth slowdown of the 1970s and the persistent problems of inflation and unemployment. It then analyses the demise of the centrally planned economies of eastern Europe and the move to a more united Europe and then discusses the financial and economic problems that have emerged in the early twenty-first century. This new edition has been extensively revised, new chapters have been added and the reading lists updated. Though the volume is designed as a basic introductory text the authors elicit some of the lessons that can be learnt from a study of past development, one of which is the limited power of governments to influence the course of events and to combat the operation of market forces. 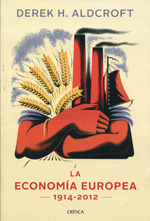 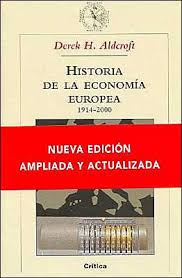