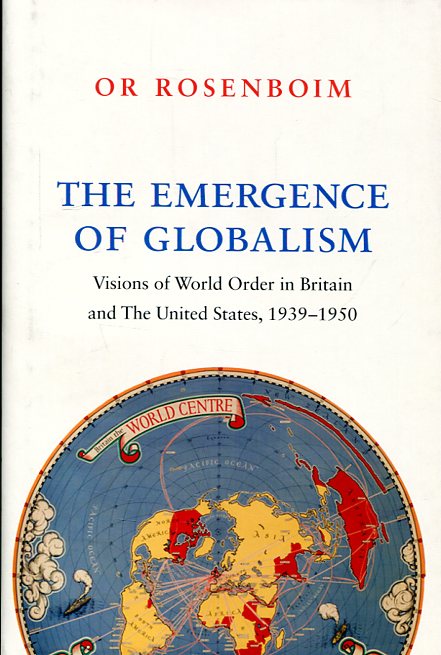 The emergence of globalism
visions of world order in Britain and the United States, 1939-1950

During and after the Second World War, public intellectuals in Britain and the United States grappled with concerns about the future of democracy, the prospects of liberty, and the decline of the imperial system. Without using the term "globalization," they identified a shift toward technological, economic, cultural, and political interconnectedness and developed a "globalist" ideology to reflect this new postwar reality. The Emergence of Globalism examines the competing visions of world order that shaped these debates and led to the development of globalism as a modern political concept. Shedding critical light on this neglected chapter in the history of political thought, Or Rosenboim describes how a transnational network of globalist thinkers emerged from the traumas of war and expatriation in the 1940s and how their ideas drew widely from political philosophy, geopolitics, economics, imperial thought, constitutional law, theology, and philosophy of science. She presents compelling portraits of Raymond Aron, Owen Lattimore, Lionel Robbins, Barbara Wootton, Friedrich Hayek, Lionel Curtis, Richard McKeon, Michael Polanyi, Lewis Mumford, Jacques Maritain, Reinhold Niebuhr, H. G.