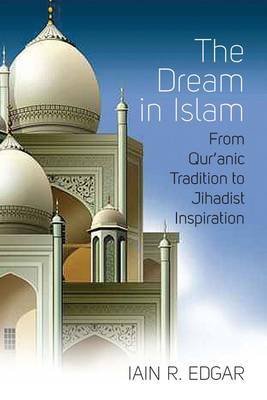 The dream in Islam
from Qr'anic tradition to jihadist inspiration

The war in the Middle East is marked by a lack of cultural knowledge on the part of the western forces, and this book deals with another, widely ignored element of Islam-the role of dreams in everyday life. The practice of using night dreams to make important life decisions can be traced to Middle Eastern dream traditions and practices that preceded the emergence of Islam. In this study, the author explores some key aspects of Islamic dream theory and interpretation as well as the role and significance of night dreams for contemporary Muslims. In his analysis of the Islamic debates surrounding the role of "true" dreams in historical and contemporary Islamic prophecy, the author specifically addresses the significance of Al-Qaeda and Taliban dream practices and ideology. Dreams of "heaven," for example, are often instrumental in determining Jihadist suicidal action, and "heavenly" dreams are also evidenced within other contemporary human conflicts such as Israel-Palestine and Kosovo-Serbia. By exploring patterns of dreams within this context, a cross-cultural, psychological, and experiential understanding of the role and significance of such contemporary critical political and personal imagery can be achieved.