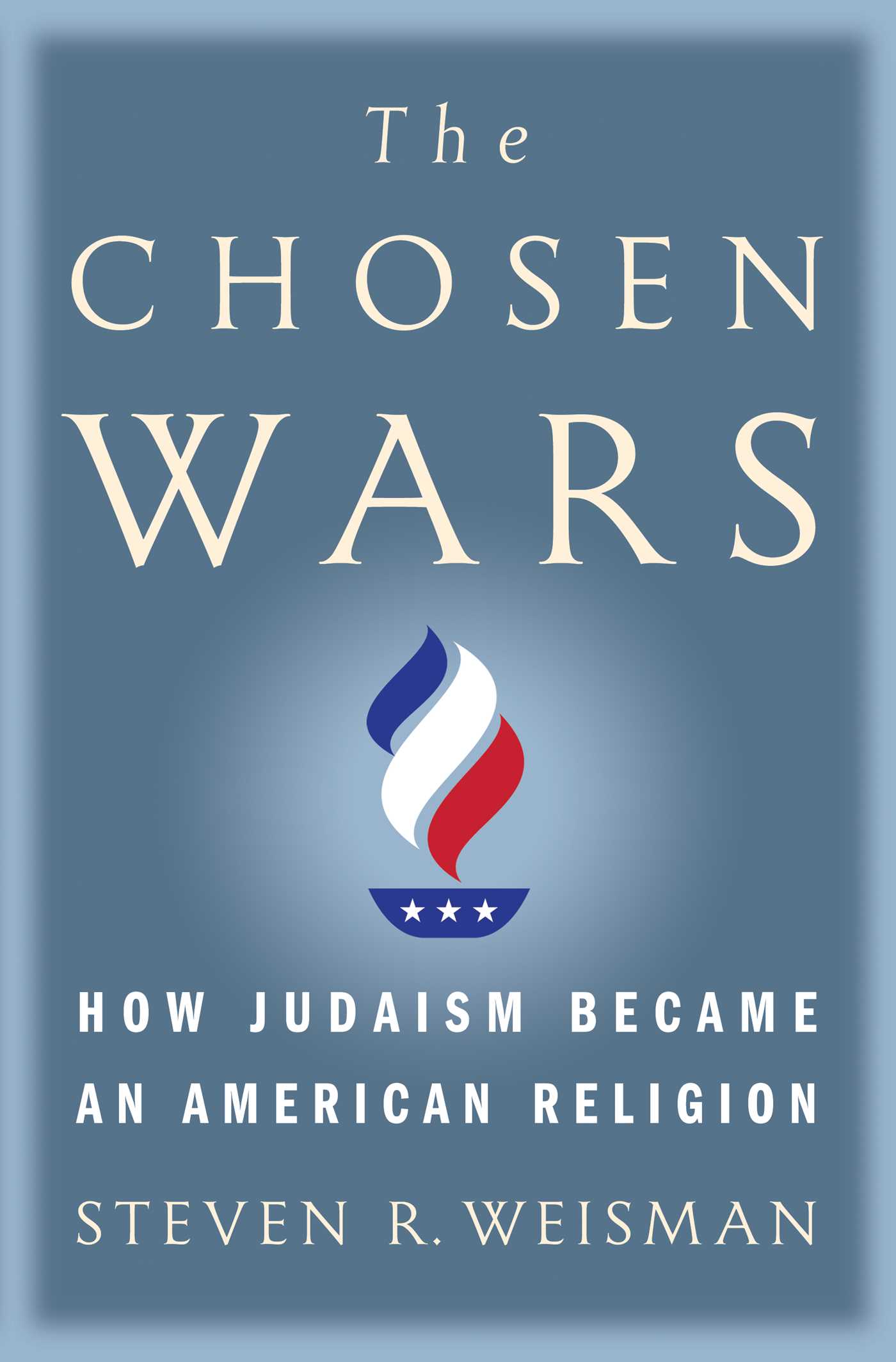 The chosen wars
how judaism became an american religion

The Chosen Wars tells the dramatic story of how Judaism redefined itself in America in the 18th and 19th centuries--the personalities that fought each other and shaped its evolution and, importantly, the force of the American dynamic that prevailed over an ancient religion.

The struggles that led to a radical redefinition of Judaism illuminate the larger American experience. The transformation of the religion and culture of Judaism is a striking example. The story begins with the arrival of the first Jews in New Amsterdam and stretches the length of the nineteenth century as massive immigration take place and into the twentieth.

First there was the practical matter of earning a living. Many immigrants traveled as peddlers from community to community where there were no kosher butchers. Doctrine was put aside. Then, determined to take their places as equals in the young nation, American Jews rejected identity as a separate nation and embraced a secular America. Judaism became an American religion.

The changes did not come without argument, and Weisman tells the stories of the colorful rabbis and activists, including women, who would ultimately define American Judaism, and its divisions of Reform, Conservative and Orthodox which remain today: Rabbi Isaac Wise; Mordecai Manuel Noah; Moses Mendelssohn; Rebecca Gratz; Isaac Leeser are some of the major figures.

The Chosen Wars is the important story of how Judaism enhanced America, and how America inspired Judaism.