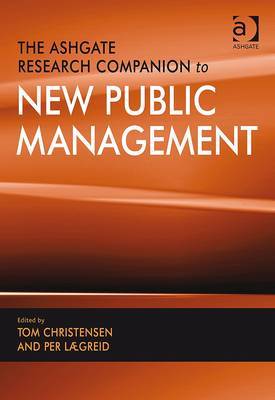 This new in paperback edition provides a comprehensive, state-of-the art review of current research in the field of New Public Management (NPM) reform. Aimed primarily at a student readership with a special interest in contemporary public-sector reforms, The Ashgate Research Companion to New Public Management offers a refreshing and up-to-date analysis of key issues of modern administrative reforms.Designed as a one-stop reference point and revision guide, this textbook comprises 29 chapters divided into six thematic sessions, each with chapters ranging across a variety of crucial topics in the field of New Public Management reforms and beyond. The principal themes addressed are: * Processes and driving forces. Basic theoretical foundations are discussed as well as the importance of institutional environments, copying, diffusion and translation of reform ideas and solutions among countries* The question of convergence or divergence among countries. Four families of countries with different state traditions are examined: Anglo-Saxon countries, Scandinavia, Continental Europe and Asian countries.* Developments in the 'soft' welfare sectors of hospital systems, universities and welfare administration, and the 'harder' sectors like regulation of utilities in areas such as telecommunications and energy.* The effects and implications of NPM reforms, both the more direct and the narrower effects on efficiency and the broader impact on democracy, trust and public sector values.* What new trends are occurring beyond the NMP movement, such as whole-of-government initiatives, Neo-Weberian models and New Public Governance as a new trend.Covering not only the NPM movement in general but also the driving forces behind the reform and its various trajectories and special features, this important contribution is essential reading for students and anyone wanting to expand their knowledge of administrative reform. 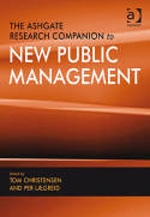