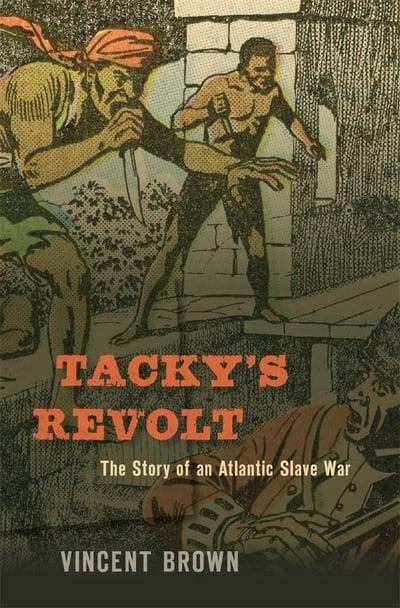 Tacky's Revolt
the story of an Atlantic Slave War

A gripping account of the largest slave revolt in the eighteenth-century British Atlantic world, an uprising that laid bare the interconnectedness of Europe, Africa, and America, shook the foundations of empire, and reshaped ideas of race and popular belonging.

In the second half of the eighteenth century, as European imperial conflicts extended the domain of capitalist agriculture, warring African factions fed their captives to the transatlantic slave trade while masters struggled continuously to keep their restive slaves under the yoke. In this contentious atmosphere, a movement of enslaved West Africans in Jamaica (then called Coromantees) organized to throw off that yoke by violence. Their uprising-which became known as Tacky's Revolt-featured a style of fighting increasingly familiar today: scattered militias opposing great powers, with fighters hard to distinguish from noncombatants. It was also part of a more extended borderless conflict that spread from Africa to the Americas and across the island. Even after it was put down, the insurgency rumbled throughout the British Empire at a time when slavery seemed the dependable bedrock of its dominion. That certitude would never be the same, nor would the views of black lives, which came to inspire both more fear and more sympathy than before.

Tracing the roots, routes, and reverberations of this event across disparate parts of the Atlantic world, Vincent Brown offers us a superb geopolitical thriller. Tacky's Revolt expands our understanding of the relationship between European, African, and American history, as it speaks to our understanding of wars of terror today.