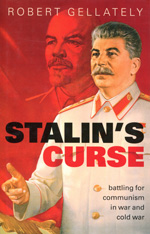 Stalin's curse
battling for communism in war and Cold War

The Second World War almost destroyed Stalin's Soviet Union. But victory over Nazi Germany provided the dictator with his great opportunity: to expand Soviet power way beyond the borders of the Soviet state. Well before the shooting stopped in 1945, the Soviet leader methodically set about the unprecedented task of creating a Red Empire that would soon stretch into the heart of Europe and Asia, displaying a supreme realism and ruthlessness that Machiavelli would surely have envied. By the time of his death in 1953, his new imperium was firmly in place, defining the contours of a Cold War world that was seemingly permanent and indestructible - and would last until the collapse of the Berlin Wall in 1989. But what were Stalin's motives in this spectacular power grab? Was he no more than a latter-day Russian tsar, for whom Communist ideology was little more than a smoke-screen? Or was he simply a psychopathic killer? In Stalin's Curse, best-selling historian Robert Gellately firmly rejects both these simplifications of the man and his motives. Using a wealth of previously unavailable documentation, Gellately shows instead how Stalin's crimes are more accurately understood as the deeds of a ruthless and life-long Leninist revolutionary. Far from being a latter day 'Red Tsar' intent simply upon imperial expansion for its own sake, Stalin was in fact deeply inspired by the rhetoric of the Russian revolution and what Lenin had accomplished during the Great War. As Gellately convincingly shows, Stalin remained throughout these years steadfastly committed to a 'boundless faith' in Communism - and saw the Second World War as his chance to take up once again the old revolutionary mission to carry the Red Flag to the world. 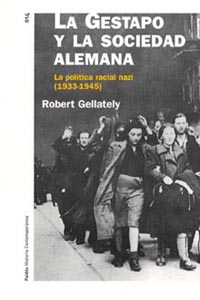