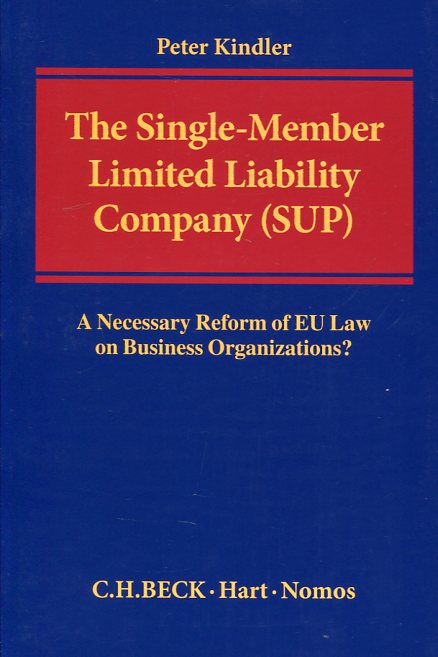 The book is a contribution to the European rights policy in the field of company law. It contains a critical opinion on the proposal from the European Commission for a European single-member company (Societas unius Personae, SUP) (COM [2014] 212). Meanwhile, both major weaknesses are the online founding in uncertain proof of identity and the deficient protection of creditors, to which was the lack of synchronism with the applicable insolvency law and because of the foundation connecting the Company Statute - from the German perspective - In addition, their risk of use of the SEA as an instrument of participation avoidance , As group block the SUP is largely unsuitable for failure to control the right of instruction of the sole shareholder and managing director liability: as long as the right to issue instructions for the non-harmonized legal State of registry oriented and its exercise only under the Damocles sword of liability under national law is possible is for parent companies a little incentive to perform their EU foreign subsidiaries as SUP. The author makes a number of suggestions for improvement on the draft directive.

The spirit of Corporate Law