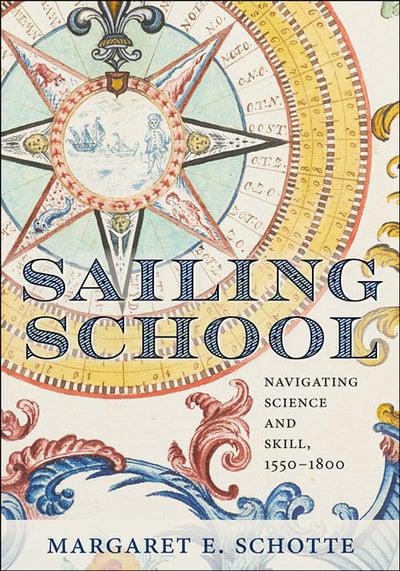 Throughout the Age of Exploration, European maritime communities bent on colonial and commercial expansion embraced the complex mechanics of celestial navigation. They developed schools, textbooks, and instruments to teach the new mathematical techniques to sailors. As these experts debated the value of theory and practice, memory and mathematics, they created hybrid models that would have a lasting impact on applied science.

In Sailing School, a richly illustrated comparative study of this transformative period, Margaret E. Schotte charts more than two hundred years of navigational history as she investigates how mariners solved the challenges of navigating beyond sight of land. She begins by outlining the influential sixteenth-century Iberian model for training and certifying nautical practitioners. She takes us into a Dutch bookshop stocked with maritime manuals and a French trigonometry lesson devoted to the idea that "navigation is nothing more than a right triangle." The story culminates at the close of the eighteenth century with a young British naval officer who managed to keep his damaged vessel afloat for two long months, thanks largely to lessons he learned as a keen student.

This is the first study to trace the importance, for the navigator's art, of the world of print. Schotte interrogates a wide variety of archival records from six countries, including hundreds of published textbooks and never-before-studied manuscripts crafted by practitioners themselves. Ultimately, Sailing School helps us to rethink the relationship among maritime history, the Scientific Revolution, and the rise of print culture during a period of unparalleled innovation and global expansion.