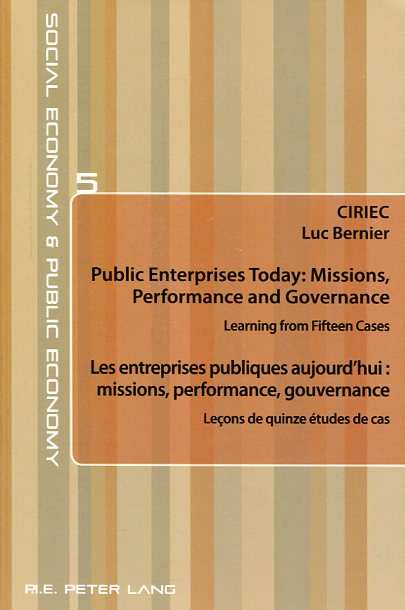 Over thirty years, privatization of public enterprises was in the air. Before and during this period of neo-liberalism, and since the 2008 crisis, public enterprises were nonetheless created: they did what they were set up for and they frequently managed to get interesting results, as much on their public mission as regarding profitability. How is this possible? This book looks at public enterprises with new eyes.
What are the emerging insights? Those public enterprises evolved a lot during those years. Their governance has been adjusted: they now respond to all kind of stakeholders, they face independent regulators and did enter complex institutional arrangements. Further, they often transformed into conglomerates active in several activity sectors and/or expanded their geographical coverage. Being frequently large-sized, public enterprises are now able to compete on international markets, while continuing delivering important services to their home community. With fifteen case studies from Europe and the Americas, knowledge on public enterprises in the 21st century is updated.