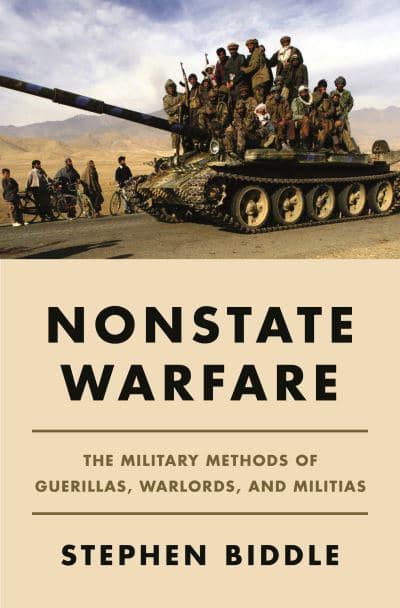 Nonstate warfare
the military methods of guerillas, warlords, and militias

Since September 11th, 2001, armed nonstate actors have received increased attention and discussion from scholars, policymakers, and the military. Underlying debates about nonstate warfare and how it should be countered is one crucial assumption: that state and nonstate actors fight very differently. In Nonstate Warfare, Stephen Biddle upturns this distinction, arguing that there is actually nothing intrinsic separating state or nonstate military behavior. Through an in-depth look at nonstate military conduct, Biddle shows that many nonstate armies now fight more "conventionally" than many state armies, and that the internal politics of nonstate actors-their institutional maturity and wartime stakes rather than their material weapons or equipment-determines tactics and strategies.

Biddle frames nonstate and state methods along a continuum, spanning Fabian-style irregular warfare to Napoleonic-style warfare involving massed armies, and he presents a systematic theory to explain any given nonstate actor's position on this spectrum. Showing that most warfare for at least a century has kept to the blended middle of the spectrum, Biddle argues that material and tribal culture explanations for nonstate warfare methods do not adequately explain observed patterns of warmaking. Investigating a range of historical examples from Lebanon and Iraq to Somalia, Croatia, and the Vietcong, Biddle demonstrates that viewing state and nonstate warfighting as mutually exclusive can lead to errors in policy and scholarship.