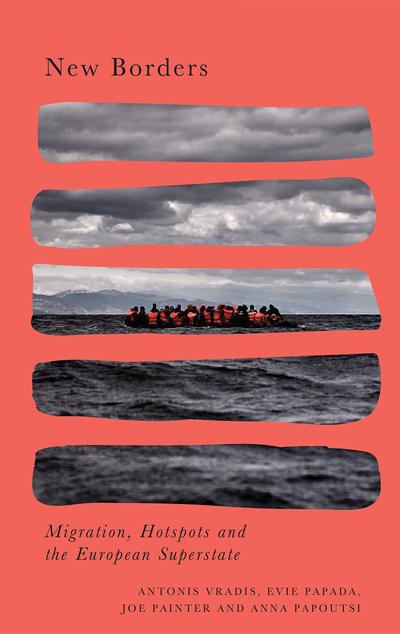 To many, a border is a geographical fact; an immoveable, unchanging entity. But what happens when a border is subject to an emergency? Today, as millions are forced to migrate due to homelessness through war, famine and political unrest, it is important to look for a new understanding of the ways in which states use new bordering techniques to control populations.

New Borders takes on this challenge by looking at the Greek island of Lesbos. The island came under intense media and political scrutiny as over 1 million people crossed through it. More than ten times the island's population disembarked on its shores: frantic with fear and hope, these newcomers would inadvertently change life and politics across the continent in equally frantic ways.

The authors spent two years studying the changing meanings, materialities and functions of the European Union's border. They observed how the dismantling of local authorities gave way to supranational law and power, as the reception of the refugees slid into detention and refuge became duress. In doing so, they tackle questions on European policy, the securitisation of national and EU border and its dislocation into everyday life, now determining who 'belongs' where and when.