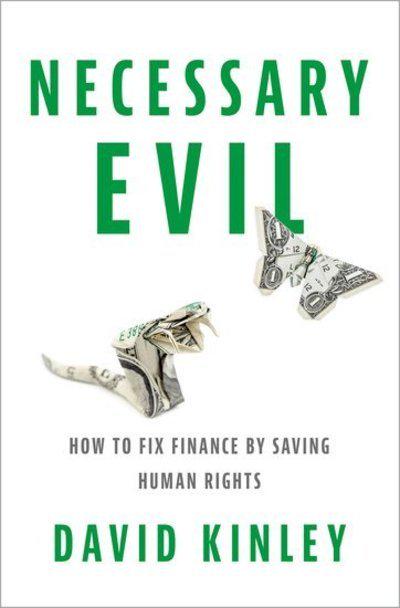 necessary evil
how to fix finance by saving human rights

Finance is the evil we cannot live without. It governs almost every aspect of our lives and has the power to liberate as well as enslave. With the worldâs total financial assetsâvalued at a staggering $300 trillionâbeing four times larger than the combined output of all the worldâs economies, there is, apparently, plenty to go around. Yet, while proponents of finance-driven capitalism point to the trickle-down effect as its contribution to wealth redistribution, there are still nearly a billion people across the globe existing on less than $2 a day; 14 percent of Americans are living below the official poverty line; and disparities in wealth equality everywhere have reached unprecedented levels. Evidently a trickle is not enough. How can this be when so much wealth abounds, and when finance is supposedly chastened and reformed after its latest global crisis? How, especially, can it be in an age when human rights are more loudly proclaimed than ever before? Can the financial sector be made to shoulder more of the burden of spreading wealth, reducing poverty, and protecting rights? And if so, what role can human rights play in making it happen? In answering these questions, David Kinley draws on a vast array of material from bankers, economists, lawyers, and politicians, as well as human rights activists, philosophers, historians and anthropologists, alongside his own experiences working in the field. Necessary Evil shows how finance can shed its conceit, return to its role as the economyâs servant not its master, and regain the public trust and credibility it has so spectacularly lost over the past decadeâall by helping human rights, not harming them.