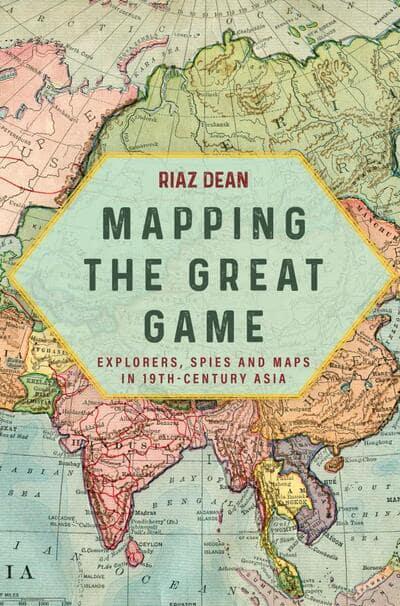 Although the ultimate prize of the Great Game played out between Great Britain and Imperial Russia in the 19th century was India, most of the intrigue and action took place along its northern frontier in Afghanistan, Turkestan and Tibet. Maps, and knowledge of the enemy were crucial elements in Britain's struggle to defend the 'jewel in the crown'. The Great Trigonometrical Survey of India had been founded in the 18th century, with the aim of creating a detailed map of the country. While most people today are readily able to identify the world's highest mountain few know of the man, George Everest, whom it was named after, or the accomplishment that earned him this singular honour. Under his leadership, the Survey of India mapped the Great Arc, which was then lauded as 'one of the greatest works in the whole history of science', though it cost more in monetary terms and human lives than many contemporary Indian wars? Much of the work of the Survey was undertaken by native Indians, known as Pundits, who were trained to explore, spy out and map Central Asia and Tibet. They did this at great personal risk and with meagre resources, while travelling entirely on foot. They would be the first to reveal the mysteries of the forbidden city of Lhasa; and discover the true course of Tibet's mighty Tsangpo River. They were the greatest group of explorers the world has seen in recent history - yet they remain the classic unsung heroes of the British Raj. The story of these extraordinary pioneers who explored much of Asia during the 19th century to fill in large portions of its map, and spy out the region for military reasons is often forgotten, but Riaz Dean's vivid account of their exploits, their adventurous spirit and their tenacity in the face of great adversity, all set within the context of the Great Game and the Survey of India, will finally bring them the attention they deserve.