Los Invisibles
a history of male homosexuality in Spain, 1850-1940

Research into homosexuality in Spain is in its infancy. The last ten or fifteen years have seen a proliferation of studies on gender in Spain but much of this work has concentrated on women's history, literature and femininity. In contrast to existing research which concentrates on literature and literary figures, "Los Invisibles" focuses on the change in cultural representation of same-sex activity of through medicalisation, social and political anxieties about race and the late emergence of homosexual sub-cultures in the last quarter of the twentieth century. As such, this book constitutes an analysis of discourses and ideas from a social history and medical history position. Much of the research for the book was supported by a grant from the Wellcome Trust to research the medicalisation of homosexuality in Spain. 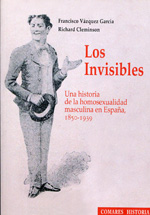 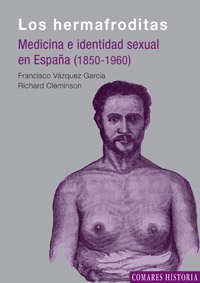