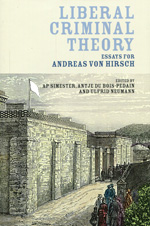 This book celebrates Andreas (Andrew) von Hirsch's pioneering contributions to liberal criminal theory. He is particularly noted for reinvigorating desert-based theories of punishment, for his development of principled normative constraints on the enactment of criminal laws, and for helping to bridge the gap between Anglo-American and German criminal law scholarship. Underpinning his work is a deep commitment to a liberal vision of the state. This collection brings together a distinguished group of international authors, who pay tribute to von Hirsch by engaging with topics on which he himself has focused. The essays range across sentencing theory, questions of criminalisation, and the relation between criminal law and the authority of the state. Together, they articulate and defend the ideal of a liberal criminal justice system, and present a fitting accolade to Andreas von Hirsch's scholarly life. 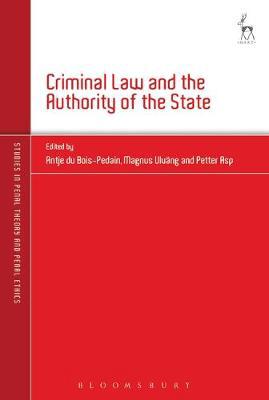 Criminal Law and the authority of the State 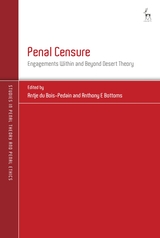