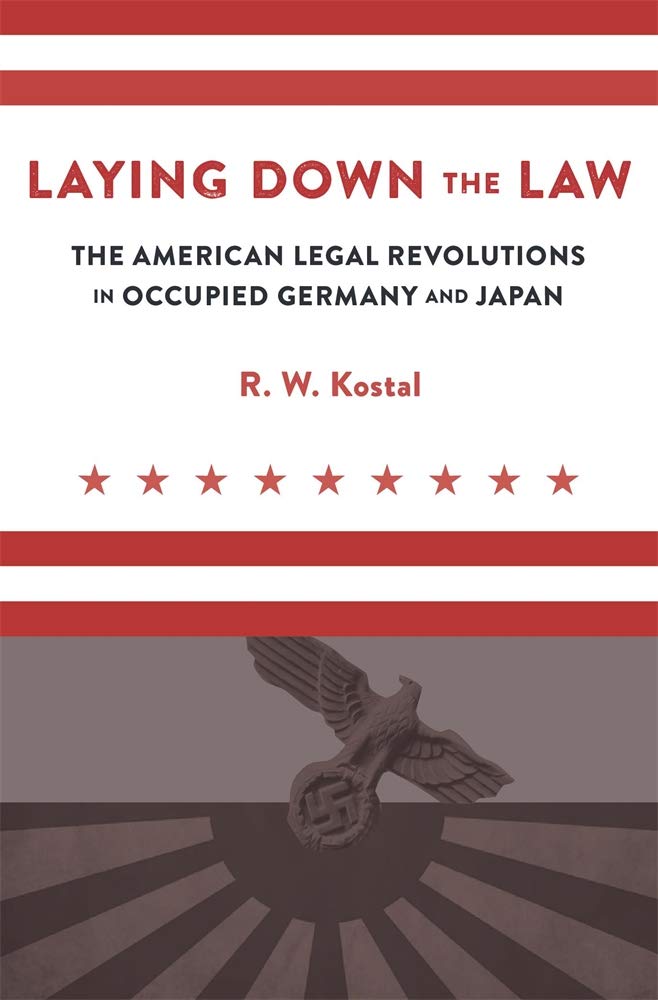 A legal historian opens a window on the monumental postwar effort to remake fascist Germany and Japan into liberal rule-of-law nations, shedding new light on the limits of America's ability to impose democracy on defeated countries.

Following victory in WWII, American leaders devised an extraordinarily bold policy for the occupations of Nazi Germany and Imperial Japan: to achieve their permanent demilitarization by compelled democratization. A quintessentially American feature of this policy was the replacement of fascist legal orders with liberal rule-of-law regimes.

In his comparative investigation of these epic reform projects, noted legal historian R. W. Kostal shows that Americans found it easier to initiate the reconstruction of foreign legal orders than to complete the process. While American agencies made significant inroads in the elimination of fascist public law in Germany and Japan, they were markedly less successful in generating allegiance to liberal legal ideas and institutions.

Drawing on rich archival sources, Kostal probes how legal-reconstructive successes were impeded by German and Japanese resistance on one side, and by the glaring deficiencies of American theory, planning, and administration on the other. Kostal argues that the manifest failings of America's own rule-of-law democracy weakened US credibility and resolve in bringing liberal democracy to occupied Germany and Japan.

In Laying Down the Law, Kostal tells a dramatic story of the United States as an ambiguous force for moral authority in the Cold War international system, making a major contribution to American and global history of the rule of law.